Chatbots and Messaging in Africa 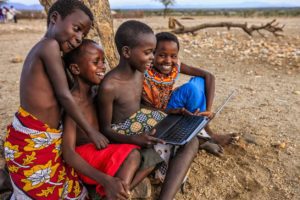 Chatbots are ready to deliver a major impact in Africa. Several economic factors work in their favor, and businesses and nonprofit organizations are already showing what they can accomplish. The next few years should see significant growth in use.

Since 2016 Africa's economy has been growing at a healthy pace. The World Bank expects a 3.1% growth rate in sub-Saharan Africa in 2018, climbing to 3.6% in the next couple of years. The number of Internet users in Africa has grown by 20% just in the past year. In some countries, the number of users has doubled.

Africa has a low median age. This reflects poverty and health issues over the years, but it also means that a large percentage of the population is young enough to embrace new ideas and technologies.

43% of the sub-Saharan population has a mobile phone subscription, and the numbers are growing rapidly. Mobile phones are often people's main connection to the outside world; finding a place to charge a phone is often a bigger problem than acquiring one. Road travel is sometimes difficult, making online connections that much more important in people's lives. Landline phones are rare in most parts of the continent.

Some areas in Africa are a patchwork of languages. A chatbot that can handle many languages is often more effective than a help desk that needs to find people fluent in all of them.

WhatsApp is the most popular messaging app in Africa, followed by Facebook Messenger. African startups such as Qbee Chat are trying to compete with them. Reliable Internet connections can be hard to find, and broadband service can be expensive, so messaging is an economical alternative to Web connections that require lots of bandwidth. Users don't have to download feature-laden applications beyond a messaging app, so an inexpensive phone does the job.

If people have to walk a couple of miles to charge their phones and get a reliable connection, they can use the occasion to pick up all their accumulated messages at once and reply to them. This mode of communication is useful with chatbots as well as human-to-human conversation. Africans have made heavy use of SMS messaging for years, so it's a familiar mode of communication.

A preference for messaging sets up a good environment for chatbots, and businesses have noticed. Nuru, a chatbot targeted at Kenya and Ghana, lets people handle finances, search for jobs, get information on market prices, or find a doctor. Keirabot helps in shopping for a home. A chatbot by Jubilee Insurance received an award for innovation from the African Insurance Organization. Many other businesses have introduced chatbots for their own customers.

Africans have made extensive use of messaging for financial purposes since the days when only SMS was available. It can be impractical for some people to get to a bank, and handling money online is an attractive alternative. At the same time, other customers simply expect top-quality banking service and consider chatbots a good way to get it. Cryptocurrency is popular, especially in countries with high inflation rates.

In 2016, Barclays was the first bank to set up a chatbot service in Africa. Customers can use Facebook Messenger or Twitter messaging. Barclays' African subsidiary, Absa, lets customers authenticate themselves, check their balances, and make beneficiary payments.

Many areas don't have banks, and many people lack bank accounts. Mobile money services such as M-Pesa are a widely used alternative. The Nuru chatbot lets users access M-Pesa. SimbaPay offers an SMS-based chatbot which works with a variety of mobile money wallets. (It should be noted that SMS isn't a secure communication channel; SimbaPay also offers an app for greater security.)

Farmers and their customers need to stay updated on market prices and communicate with each other. A number of chatbot services in Africa provide assistance. In Kenya, Farm.ink's chatbot connects thousands of farmers, providing disease monitoring information on crops and livestock as well as price updates. Nuru lets farmers negotiate prices through the chatbot.

Cryptocurrencies aren't as widely used in Africa as in some other parts of the world, but the conditions for widespread use are there. Cryptocurrency exchanges such as Luno are popular in Africa. Plans are underway to launch an officially supported currency, Africa Master Coin. There's currently relatively little use of chatbots in Africa for cryptocurrency transactions but it would be a natural extension of current trends.

Africa as a continent has the world's lowest ranking in healthcare delivery. Where doctors aren't available, alternatives such as chatbots are better than nothing. An experimental projected called Likita proposes to help people with limited or no medical service with an AI chatbot. It can diagnose common diseases by asking patients about their symptoms. In severe cases, it will recommend immediate actions and offer to schedule an appointment with a specialist. In other cases, it will recommend a course of treatment.

Likita can offer general advice about health issues such as blood pressure and sugar levels. A planned enhancement is to track users' health status. Planned platforms are Skype, Telegram, and Facebook Messenger. The initial version is in English; support for Arabic, Hausa, Swahili, and Zulu is planned.

The paper describing Likita says it will "revolutionize healthcare in Africa," but it doesn't appear to have been deployed for public use yet. Other, more local and limited, projects have made greater headway. In Egypt, Medicbot facilitates communication between patients and physicians. A Nairobi-based project called Sophiebot uses AI to answer questions about sexual health. Users may be more comfortable asking such questions of a bot than asking another person.

Chatbots have humanitarian uses as well as business ones. The World Food Program has begun an experimental program using a chatbot to gather information on food needs. It started with SMS, then developed Food Bot to improve the quality of the information it collected. 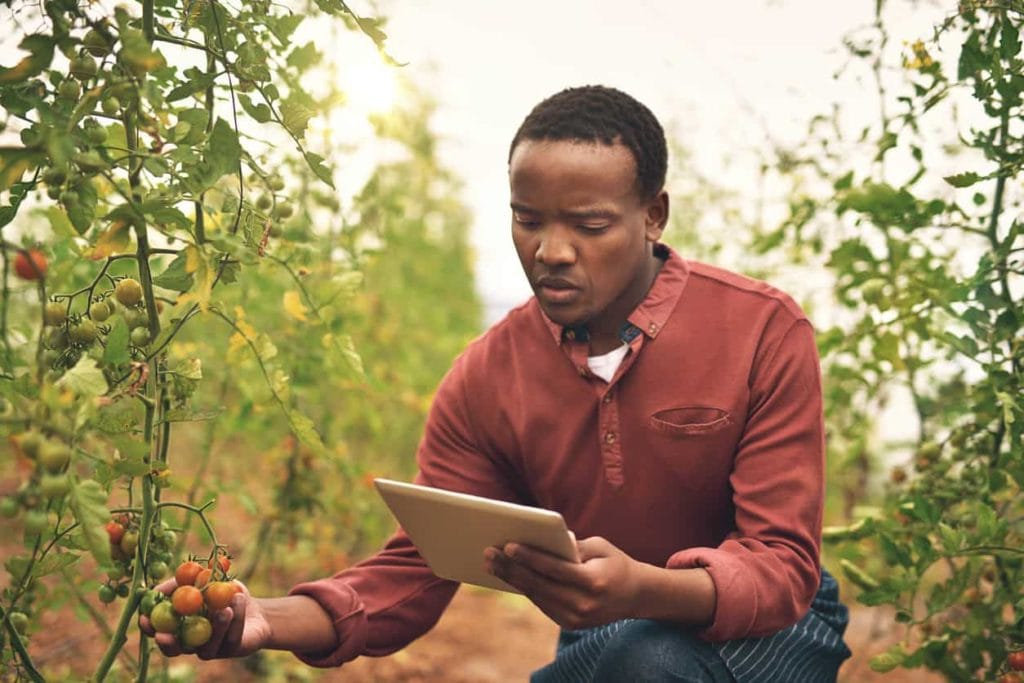 Food Bot runs on Facebook Messenger and Telegram, and there are plans to move it to other messaging platforms. The current version doesn't use AI but has a fixed repertoire of questions that it asks. Users can also ask the chatbot questions.

Some areas are dangerous or can be reached only by helicopter, and areas subject to famine can be especially problematic. Using a chatbot makes it more feasible to reach these areas and reduces the costs. It allows checking for updates more often than in-person visits would allow. Work is underway to translate Food Bot into more languages.

Collecting information in person has clear advantages when it's feasible; personal interaction can elicit more information, and using chatbot communication biases the sample. Even so, the ability to reach people who otherwise would be inaccessible makes the approach worthwhile.

Africa is the second largest continent in the world, with 1.24 times North America's land area. Thinking of it all as a homogeneous area is a serious mistake. South Africa, Kenya, Egypt, and Morocco have a high proportion of the population with Internet access. Nigeria leads in the number of users, partly due to its large population. In the Central African Republic, the Democratic Republic of the Congo, and Niger, well under a tenth of the population has Internet access.

The multiplicity of languages used in Africa is a challenge to chatbot translators. Estimates of the number of languages vary, but counting over a thousand isn't unreasonable. Text language identification is a hot topic in chatbot research, and it's especially important in Africa, where a user might be communicating in any of dozens of languages.

Voice input and output is important to many people, especially where education is limited. Conversion between text and speech can be difficult to support on inexpensive phones. Again, the multiplicity of languages complicates the issue.

Broadband Internet is available in many areas, but it's most common along the coast. In the interior, it's often very expensive, when it's available at all. Landlines are rare in most areas. Many Africans have feature phones rather than smartphones, which may or may not support messaging applications. In many areas, special bundles are available which don't support full Internet access but offer Facebook Messenger or WhatsApp. The options may not look very attractive from the viewpoint of richer countries, but they're enough to keep people connected to the outside world.

Africa presents some of the biggest challenges in the world to the widespread use of chatbots, but also some of the greatest opportunities. If present trends continue, the opportunities will increase significantly.

What are you looking for in a chatbot? Talk to us to learn how the Chatbot Pack can help you achieve it.