What is a bot? 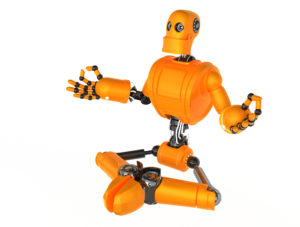 What is a bot?

A bot is a type of application or program that performs a task for users. These tasks can range from setting alarms and reminders, searching for answers online or in a database, or even the bots used by search engines to "crawl" web pages for relevant content to add to search results. A chatbot is a specific type of robot which attempts to communicate with humans through chat interfaces.

A brief history of chatbots

The history of bots can be traced back to attempts to recreate human conversational patterns with computers. One early example includes the famous Turing Test by Alan Turing. While the Turing Test had its limitations, it sparked a lot of interest in developing computers' ability to simulate human behaviors in speech and reasoning, and contributed to the beginning of a field broadly called artificial intelligence. This led to the development of what we would now call chat bots, which are computers that simulate human communication. An early example of one such specialized bot was Eliza.

More recently, in 2010's, meaning of chatbot has expanded to any computer program utilized through a chat interface. Sometimes, a chatbot can also refer to other interactive elements on a page which typically have some visual resemblance to a chat interface.

How are bots related to artificial intelligence?

Artificial intelligence, or AI, is the science and engineering of creating intelligent machines, or computers. Bots are often considered a form of AI as they demonstrate "intelligence," or are capable of intelligent things, such as crawling web pages or simulating human conversation. Although, some bots can be simple computer programs without any cognitivie capabilities.

How are bots related to things like robots, chatbots, game bots, and botnets?