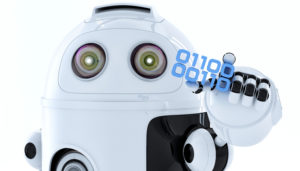 Artificial Intelligence Markup Language, or AIML, is an XML-based language used to program natural language software agents, such as chatbots. Richard Wallace originally developed AIML, which later formed the basis for ALICE or an extended version of Eliza. AIML and Alice are often available under a free or open-source license. In 2015, Wallace and his team developed AIML 2.0, which is an improved version of AIML.

A.L.I.C.E., or Artificial Linguistic Internet Computer Entity, was the first example of a bot created using AIML. Many other bots use the same code but are slightly modified. For example, the popular Mitsuku chatbot is based on Alice's AIML files.

How to create your own AIML files

AIML files use the extension .aiml to hold the bulk of the code. The primary elements of AIML are categories, patterns, and templates. Categories hold patterns and templates: the pattern specifies what a user would type, and the template specifies the response to the input.

This AIML tutorial provided by TutorialsPoint gives an excellent step-by-step demonstration of how to create a simple AIML application on your computer using Java.

One place to learn AIML and find pre-existing codes is on PandoraBots. PandoraBots is owned by Richard Wallace, who allows anyone to learn how to create an AIML chatbot and test it; PandoraBots provides many resources about specific terms. While it allows you to experiment with the coding for free, you cannot deploy a chatbot without running the risk of having to pay per message.

Another great resource is GitHub, which allows developers access to public and open-source codes and provides community support to coders. You can find AIML sources here and experiment with them, although you will likely need some sort of API or an AIML interpreter to be able to run the code.

Where to use AIML

As long as you have a thorough understanding of AIML and web development, you can build virtually any chatbot you like and host it anywhere you like. Chatbots can be used in all sorts of industries—from hotels and restaurants to accounting and law firms.